Maroof Raza is a graduate of St. Stephen’s College, Delhi, India, and his post graduate qualifications include the MA in War Studies from King’s College, London, and M.Phil in International Relations from Darwin College, Cambridge. In 1994, he was awarded the Times of India Fellowship, and he has held Visiting Fellowships at the Centre for Policy Research, Delhi, at the Henry L. Stimson Centre, Washington. and at the War Studies Department of King’s College, London.

Between 1998 and 2007, Maroof was a Visiting Professor at Middlesex University and its Regional Director (for South Asia).A former Indian army officer, he has served with The Grenadiers and with the Mechanized Infantry Regiments, and as an instructor at the Indian Military Academy, Dehradun. He resigned his commission as a Major in 1993. 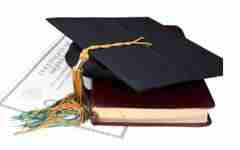