The attacks on Mumbai on 26th November 2008, brought home to Indians the full horror of terrorism. It also exposed the extent to which the contemporary face of War has changed. How is India equipped to deal with this menace which has become both an ‘ultra-modern, and a very traditional, conspiracy’?

In this collection of essays, eminent experts: strategic analysts and military historians alike, examine among other issues, the capacity of India’s police and para- military forces to deal with well equipped, meticulously planned terror attacks, and the army’s ability to transform its ‘reactive mode’ to a more proactive approach and the complex dynamics of the nuclear terror threat.

And if elements within the Pakistani establishment are involved in the threat to India, what is the most effective way for the Indian state to respond? These and other timely questions are raised in this collection which seeks to illuminate one of the most burning issues facing Indians today.

Editor: Maroof Raza comments on military and strategic issues, both in the print media and on India’s television channels. A former Indian army officer, he was educated at Delhi; London and Cambridge Universities. 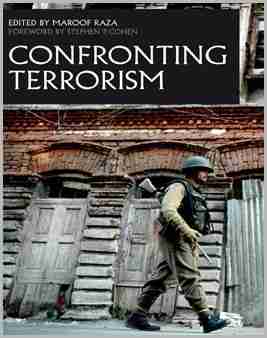