The judiciary of Pakistan has now joined hands with the Army to define the contours of a new civil-military equation for a country that lives under the shadow of the military’s deep state even when there is no formal military take over.  Pakistan’s Army has never had any qualms about holding on to its preeminent position in Pakistani society.

It is being said that the elections in Pakistan, scheduled for 25th July, are already over. Only the voting needs to be done! This statement gathers considerable weight when we look at the events of the past few months which has seen the judiciary ordering the jailing of Nawaz Sharif, his daughter Maryam (said to be his political heir) and her husband (an ex-Army Captain), all in an effort to keep Nawaz’s party the Pakistan Muslim League – Nawaz (PML-N) out of contention in the coming elections. Even though the court’s judgment admits that the charges against Nawaz are apparently hard to prove – as there is no documentary evidence about his ownership of flats in London – but the judiciary of Pakistan has now joined hands with the Army to define the contours of a new civil-military equation for a country that lives under the shadow of the military’s deep state even when there is no formal military take over.

Pakistan’s Army has never had any qualms about holding on to its preeminent position in Pakistani society.  Apart from the fact that the Army has since the creation of Pakistan focused on its own agenda, wrapped under the farce of being ‘guardians of the state’, its repeated military takeovers have been welcomed initially across Pakistan, as its politicians ceased to command legitimacy with their infighting and incompetence. The first military coup of 1958 by Ayub Khan was preceded by political chaos with Pakistan having six prime ministers in seven years, and General Zia’s intervention was a counter to Zulfikar Bhutto’s autocratic ways, while Pervez Musharraf took over power when Nawaz Sharif put the blame on him for the embarrassment that followed the Kargil misadventure. Nawaz Sharif has, in fact, the unique experience of being ousted in his first tenure for his political squabbles for the military’s nominated president, Ishaq Khan, and then by a coup in his second tenure, followed by exile and now being jailed after a judicial coup after his third tenure. But Nawaz apart, no prime minister in Pakistan’s history has completed a full tenure!

By removing Nawaz Sharif this time from the political scene, the military has given its present-day favourite, Imran Khan, virtually a free run to the post of Prime Minister as the PPP of the Bhutto’s is currently ineffective. The army’s desire to control the outcome of these elections has been wrapped under the pretext of providing unprecedented security with over 3,70,000 security personnel deployed across Pakistan to ensure a favourable outcome, and the bomb attacks killing hundreds in election rallies have only strengthened its claims. But the truth is that well before the attacks the army was clearly keen to orchestrate the outcome of the elections, as it had attempted to do in the past. Following two coups and long years of military rule, the Pakistan army chief after the death of Zia-ul-Haq, General Aslam Beg, had decided that the facade of the civilian rule was more in their interests. However, a controlled democracy was what they wanted. Thus, they set about to arrange the outcome of the elections in 1988, following Zia’s death by countering Benazir Bhutto’s efforts to get herself and her party the PPP in the political saddle, even though General Beg had assured her that the elections would be free and fair, as the ISI ran a dirty tricks campaign and was supporting and funding the IJI an alliance of individuals and parties that had supported General Zia’s rule.

In a similar manner, the military in the run-up to these elections has gone to great lengths to silence any dissent against the rise of Imran Khan and his party Pakistan Tehreek-e-Insaf (PTI). Even the media has been intimidated and censored. The reasons for the Army’s dislike of Nawaz are many, the most noticeable being his repeated efforts to challenge the military brass hats anti India agenda (as his statements indicate), and that Nawaz Sharif has strong political hold across Punjab, the state that dominates with both the number of political constituencies that elect representatives to Pakistan’s legislature and the fact that Nawaz in a free and fair election might have stomped back into power.  Thus the Army’s desire to have a more pliable prodigy – which Nawaz himself was three decades ago – and therefore their backing of Imran Khan, despite all the controversies about his colourful past. And as a backup, the Pakistan army has a string of ultra-right wing spoilers in tow, Hafiz Saeed’s Milli Muslim League and the Ahl-e- Sunnat- Wal – Jamaat, formerly the radical sectarian Sipaha Sahaba, amongst others.

But the real reason why the Pakistan Army is obsessed with retaining political power – directly or indirectly –  is to allow them to keep their financial empire intact. Just after its creation, the Pakistan Army set up the Fauji Foundation and several similar bodies that allowed it to enter all forms of businesses and financial dealings across Pakistan. Today, the Pakistan Army has the largest real estate holdings, it has a bank, transport agencies, hospitals and even fertiliser plants with assets running to hundreds of billions of dollars, and with virtually none of them being audited. Moreover, many of the jobs in these organisations are paid for by the Pakistani state and any major civilian contract given by the Army is almost always given to one of their foundation bodies. Thus the bulk of Pakistan’s governmental budget ends up with the Army directly or indirectly and leaves little room or money for Pakistan to invest in the growth of its economy and the welfare of its people. Even then, the Pakistan Army remains the most revered institution in that country as it continues to drum up the bogie as the defender of Pakistan from a possible Indian aggression, whatever the peaceful, assertions of successful Indian leaders. Pakistan will, therefore, remain hostile to India, because the Army would be left rudderless, in pushing its agenda, if there is peace between the two countries. 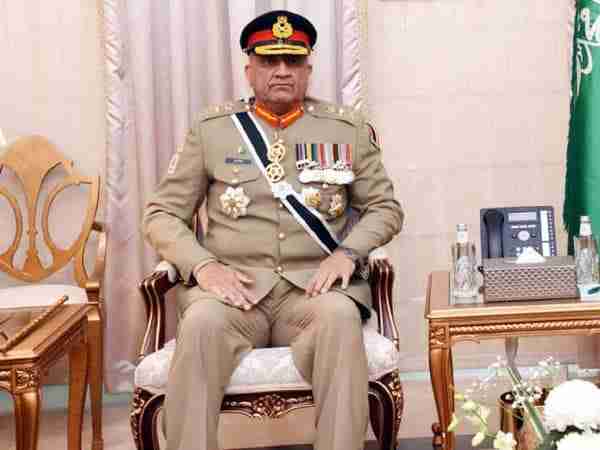 General Qamar Javed Bajwa, like so many other past Pakistani Army Chiefs, was carefully selected by Imran’s predecessor,