Imran Khan’s offer to engage with India comes out of Pakistan’s desire to re-invent its standing in the eyes of the world. And when the talks were called off, Imran expressed his frustration in a petty tweet.
Dealing with Pakistan has always been a challenge for India. One reason is that Indian governments have always fallen into a trap that the focused and wily Pakistani establishment sets up for India. Even the Modi government is no exception. Whether it was asking officials from Pakistan to jointly investigate the attack at Pathankot air base – with a team that included ISI officers – that later led them to rubbish India’s claims, or now for agreeing to a meeting between the Foreign Ministers in New York, but then to back off a day later, shows us as inconsistent more so, when India’s stated position since the Pathankot attack has been of no talks unless Pakistan effectively confronts its terror groups ! Either there was a disconnect within the NDA government on how to deal with Pakistan; or like many Indian cricket fans, the Indian government also thinks that Imran Khan brings in a ray of hope in bilateral ties. That’s far from true. Not only was Imran determinedly anti- Indian as a cricketer, but as the Pakistan Army’s hand-picked prime minister, he must toe the line that his masters have etched for him. In fact, Nawaz Sharief, despite his limitations, was a better choice to bet on for improving bilateral ties.

Imran’s offer to engage with India comes out of Pakistan’s desire to re-invent its standing in the eyes of the world. This was the motivation of Pakistan foreign office to seek a meeting with India’s foreign minister and her team in New York. And when the talks were called off, Imran expressed his frustration in a petty and undiplomatic tweet, aimed at India’s prime minister. If the meeting had occurred between the Indian and Pakistani foreign ministers, nothing would have stopped them from adding a spin to its outcome, to say that India and Pakistan have now resumed diplomatic engagement, and the past is the past. This would have left the Indian side all knotted up, and more importantly, led the world to ask New Delhi a simple question: “Are you now ready to engage with Pakistan, in a comprehensive manner?”. With no serious evidence of Pakistan’s desire for counterterrorism, it would have left India, to say the least, embarrassed. Wonder why our foreign office couldn’t see through this Pakistani plot?. Or are we simply so mesmerised by our own importance that we think the world will only see the merit of what we say? Moreover, talking with Pakistan’s prime minister or its foreign minister makes for good photo opportunities, but the real deliverables on Indo-Pak ties will only come when Pakistan’s generals are engaged publicly by India’s leadership. But that India’s leaders have always been shy to do, assuming that India must help Pakistan’s democratic process and thus engage preferably with its civilian leaders.

This only shows how naive our policymakers are. For one, the true levers of power in Pakistan have for much of its existence been with the Pakistan army. And thus, only agreements signed by their Generals, have been respected by the Pakistan Army, such as agreements over the Ceasefire Line and the Line of Control, or the Indus waters treaty. All other agreements, like the Lahore declaration or the Ufa joint statement, have been dumped by the army. And the other reason is that keeping up hostilities with India is essential to showcase the important role carved out for the Pakistan army, within Pakistan. Hostility with India, allows them to garner a large part of the nation’s budget and more importantly, allow the army in particular to run a range of unaudited economic entities, which published evidence shows, gives them an income more than twice their defence budget. And no one can question how the army runs it’s businesses, since its all a matter of national security! Thus hostility with India is important for the Pakistan army’s socio-economic agenda. But to show the world that it means well, it gets its civilian politicians to ask for dialogue with India; and peace-nicks in India and abroad, repeatedly fall for this trap.

Therefore, if there is one area where the Modi government has achieved little in foreign affairs, it is on India’s policy towards Pakistan. It will do Mr Modi’s standing more good to address this issue before the elections next year, than to wait for another election victory to kick start, the bilateral engagement with Pakistan. India’s policymakers must first identify what are the leverages of influence it can exercise with Pakistan – the Indus waters is one, and support for Baloochi nationalism is the other – and then if they meet with Pakistan’s civil and military leaders, they could engage in a dialogue with a harsh message of quid pro quo, if Pakistan continues to sponsor cross-border terror in Kashmir. Only then will the world be willing to stand up and support India’s stand. At present, they have little time for the ongoing tension between the two countries, as long as it doesn’t lead to a war! 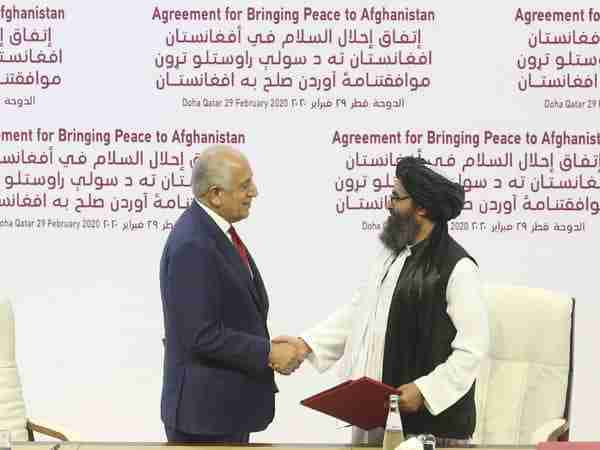 Posted on March 6, 2020By Maroof Raza
Posted in Articles

It is pertinent to ask what New Delhi hopes to achieve in Afghanistan. The latest US deal with