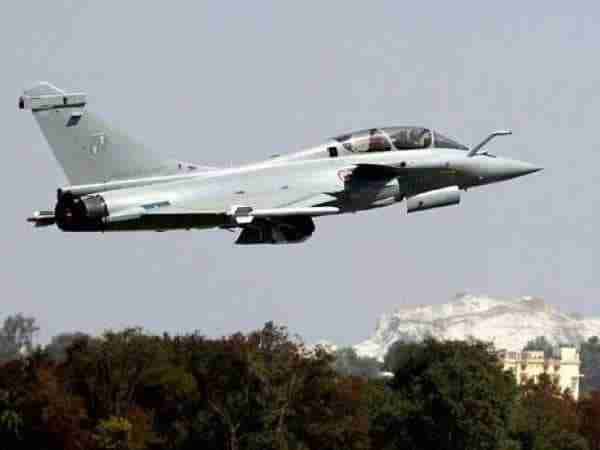 To keep insisting that the current Rafale jets deal smacks of corruption clearly shows that a political agenda is being pushed by misrepresenting the facts of the deal.

The Supreme Court’s decision on the petitions questioning the deal by Mr Modi’s government for 36 Rafale fighter jets – its pricing, the process adopted and the alleged lack of transparency in this deal – has absolved the NDA government of the charges levelled at it by the petitioners, as also by the Rahul Gandhi led Congress politicians in public. Despite that, the Congress, in particular, is picking at straws – para 25 of the judgement in particular – to challenge the verdict. Thus, it is now quite clear that the opposition to the Rafale aircraft deal is about gaining political mileage even though every political party insists that national security interests will not be compromised!

The question therefore is, what pray, is their interpretation of national security? Is it to give the armed forces – the IAF in this case – the much-needed weapon systems to defend the country or the keep challenging the Rafale aircraft deal till it falls through and also leads – as it is being hoped by the opposition parties – to the fall of the Narendra Modi led NDA government? I cannot recall any of the party spokesmen giving us a straight answer to this question.

The Supreme Court ruled that neither was the decision-making process over the Rafale deal in doubt nor was there any proof of wrong-doing (as is claimed by those opposed to the deal). And equally importantly, the decision of the apex court not to get into the details of defence deals is an important benchmark for any future attempts to drag every defence deal endlessly through the debates in Parliament and with investigations that make a critical military requirement impossible to fulfil for decades after the need is first projected – like the need for fighter jets to stall the IAF’s depleting fighting strength.

On the one hand India faces two enemies – China and Pakistan – who are eyeing our weak spots to push us once again into a humiliating defeat (as we saw in 1962) and, on the other hand, India has ambitions to be a great power, and that will never be fulfilled if we project ourselves as an indecisive, argumentative and a noisy democracy. And thus, any investigation – like the JPC being demanded by Congress politicians – must be time-bound. If that can be done by end 2019, when the first lot of Rafale fighters are to arrive, then let’s do it. If not, let us allow the 36 Rafale fighters to be inducted to protect our skies and our sovereignty.

However, to keep insisting that the current Rafale jets deal smacks of corruption clearly shows a political agenda is being pushed by misrepresenting the facts of the deal. To put it briefly, it was during the UPA tenure that the Rafale fighter jets were shortlisted over five other aspirants for the 126 fighters ‘mother of all deals’ as some had said. This happened between 2007 and 2014 after the IAF first projected its demand for 126 fighters to make up its depleting inventory in 2001, with a fleet of fighter jets that were becoming many decades old. But the UPA and Mr Antony’s demand (with reasons known to some) that Hindustan Aeronautics Ltd (HAL) be made a partner for Rafale’s co-production in India, led to an impasse by 2014. The IAF’s brass hats were unhappy with this insistence, and as HAL’s production process was to be 2.7 times slower than Dassault Aviation (makers of Rafale fighters), the French were unhappy too. Thus when Mr Modi announced the deal with Mr Hollande in Paris in 2015, it was at the request of the IAF to urgently procure not one but two squadrons (of 36 jets) to allow the IAF to meet the two-pronged threat of China and Pakistan. Whether Mr Anil Ambani was part of this discussion, as is alleged – to be given the ‘offset’ benefits – only time will tell.

Offset contracts are sought after by many Indian companies in every defence deal, as India’s Defence Procurement Process (DPP) requires any original defence manufacturer (OEM) or supplier to plough back 30 per cent of any defence contract back into India, through the ‘offset’ route. This requires the foreign supplier to have joint ventures or make an investment in technology or products for defence, inland/coastal security and civil aviation among others. But it is never with one partner per se, that the entire ‘offset’ deal is done, by the foreign supplier. In fact both the CEO of Dassault and the former defence now the foreign minister of France have publically asserted that Anil Ambani would be one of the scores (up to 100) offset partners in India. And as per the CEO of Dassault Aviation, Eric Tipper, Anil Ambani’s company would get ‘offset’ contracts of Rs 850 crores, not Rs 30,000 crores as Rahul Gandhi has been shouting himself hoarse about!

It is quite obvious that Rahul Gandhi is keen to enact the sequence of the ‘bofors’ saga, that led to his father’s and his party’s election defeat. But strangely enough, Mr Modi’s government has been quite ineffective in countering Mr Gandhi’s allegations. Is it sheer complacency or the overconfidence in their party’s parliamentary majority that leads them to believe that all will be well?